A real tasty riff on an Old-Fashioned come Negroni.

The pairing of cocolate and banana offsets the bitterness of Campari. Absinthe adds a nice backnote and the backbone is the sherried and fruity Redbreast 12 Year Old. Named after the song written and first played by the band the artistics in 1974, and as new wave band Talking Heads in 1975, with a later version recorded for their 1977 Album Talking Heads: 77.

The Dead Rabbit Grocery and Grog 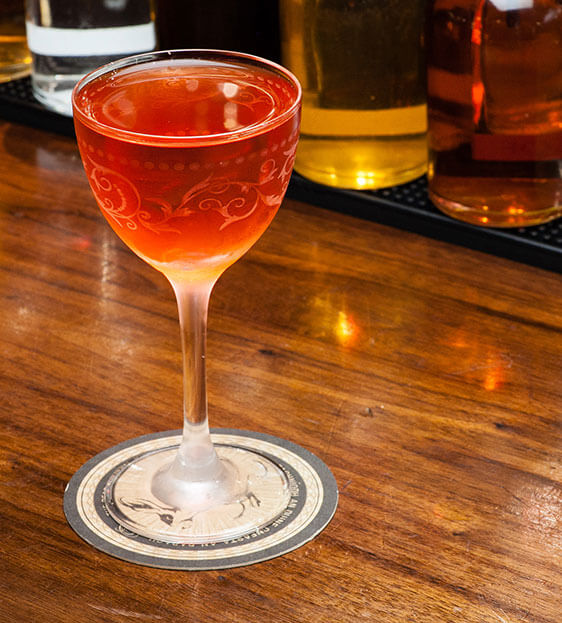