The 'Spirit of Dublin' Returns at Teeling Whiskey Distillery

Between Wednesday 15th and Thursday 16th of April, most staff here at Celtic Whiskey were lucky enough to get the chance to make the short trip from Dawson street to Newmarket square, Dublin 8 where the Teeling Whiskey Company (TWC) are about to open their new state of the art distillery. Then on Friday 24th of April, members of our Celtic Whiskey Club got their chance to get a first look at what’s to come from the liberties distillery.
The company’s successful entry into the market over the past few years has set standards of what to expect from this whiskey dynasty extraordinarily high, and we are delighted to report that the future looks bright at the first operating distillery in Dublin for almost 125 years.
There was a time where the Liberties area of Dublin was considered to be the beating heart of  Dublin distilling and was dubbed the ‘Golden Triangle’ due to the number of distilleries located in one mile radius around here. Founders of the company, brothers Stephen and Jack Teeling are extremely proud to be reviving this industrial tradition in the area. This family carries a 230 year legacy in whiskey distilling, dating all the way back to 1782 when their ancestor Walter Teeling founded a craft distillery on Marrowbone lane, just minutes walk from the new site.  It is the company’s aim to revive the acclaimed “Spirit of Dublin” but also forge a bright new future in Irish whiskey distilling.
Stephen Teeling and Alex Chasko were good enough to take time out of their  busy schedule to show us around their new premises, and offer some insights into the trials and tribulations of getting things up and running, as well as a sneak peak into what can be expected from this exciting new venture….
Before entering the premises, we were all kitted out in hard hats and hi-vis vests as aesthetic work on the visitor’s centre is still in the final stages of construction. Stephen described that a large barrel-light feature is yet to be installed through the ceiling in the foyer area. An interactive look at the art of cooperage will also be located in this area. Despite it taking a little imagination to anticipate the finished project, all staff are in agreement that visitors to this distillery are in for a visual experience unlike anything already available in Ireland.
We then made our way to the actual distillery where master distiller Alex Chasko has started to experiment in developing the first distilled spirits. During the club visit the washback was in action with a wonderful potstill. It was so lovely to experience those brewing aromas of yeast and spring grain whilst hearing more about the equipment and distilling plans! 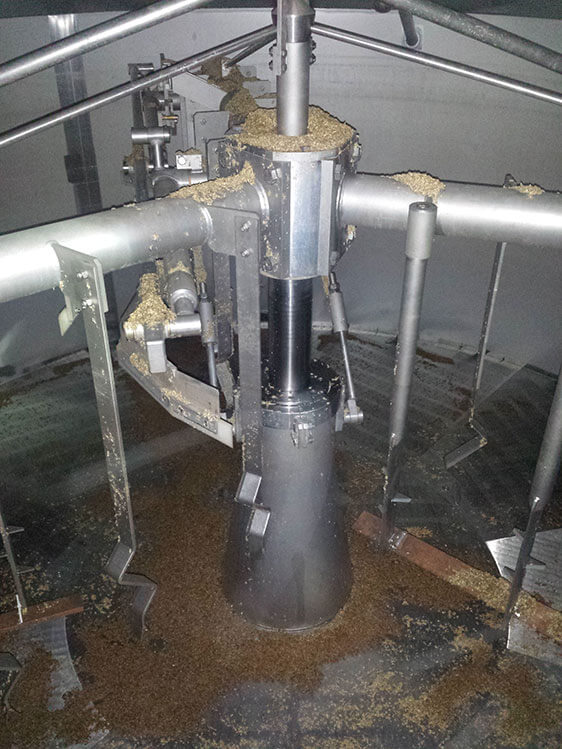 Their state of the art distilling equipment was sourced from all around the world The mash tun sourced from Germany.  Washbacks and fermenters consist of both steel and wooden varieties. The wooden washbacks are made from Oregon Pine (Douglas Fir) from Canada. Interestingly this is a little piece of home for Alex who originally hails from Portland, Oregon. Alex explains that scientifically it is believed that wooden fermenters contribute to a slightly more fruity floral style of whiskey. There is evidence that the remnants of previous batches absorbed into the wood can also have some effect on style. It is unclear though if this minute effect can actually be picked up in the final product. Steel fermenters were also sourced in Germany. 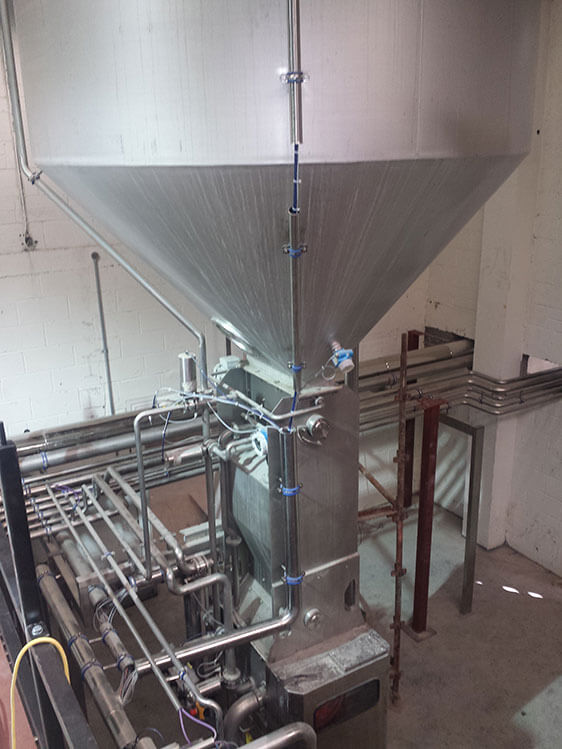 The stars of the show are of course the copper stills, made in Sienna Italy. They consist of a 15,000l wash still, 10,000l intermediate still and 9,000l spirit still. They are impressive in size and it is good to see that some of the features of old Irish pot stills are echoed in the design. In particular the fat/wide tops and the horizontal lyne arms look a little like the old still from Power’s and Tullamore Distilleries. Interestingly the spirit safe is mounted on a high pedestal above the stills and on the same level as the main gantry. 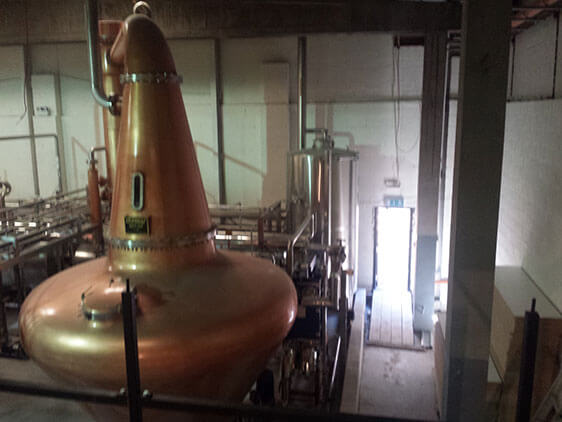 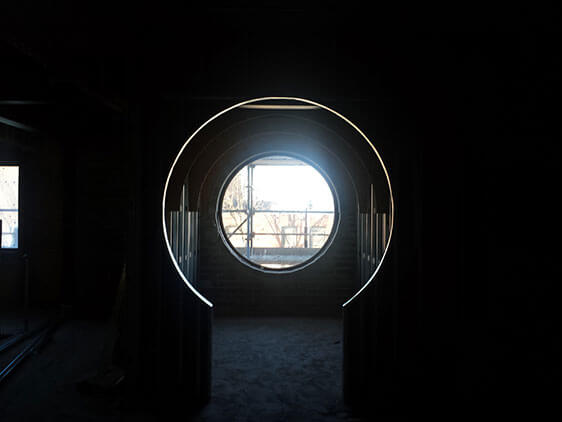 The tour concluded with a climb to the upper levels of the building. On the second floor there are some neat tasting alcoves with circular entrances that would make any Hobbit feel right at home. There will also be two large bars in this area and a gift shop area. We are able to see some of the completed design features which includes some innovative use of barrel staves for cladding and fittings. At this stage we thought we had seen everything, but there was more! The top level holds a conference and events room which has an angular, vaulted ceiling similar to a small church. The view from this room is quite surprising as it stretches right over Dublin south and into the Dublin mountains, an unusual site for such a central city location! There is no doubt attendees of this year’s Irish Whiskey Awards have quite a treat in store as this location has the potential to make for a fantastic venue!
There is also a roof terrace off this room which offers up impressive views of the Liberties area.
Distillery tours can be thirsty work and by this time we were eager to try some of the ‘Spirit of Dublin’. A quick walk up the road to 57 The Headline bar and we were furnished with some samples of future releases, including some future Celtic Cask whiskeys containing Teeling spirit.
Of course it will be some time before we can taste some mature spirit from the new distillery but the site and smell of whiskey making in progress is very impressive. To see whiskey making return to the city of Dublin is both an exciting and pleasing experience. Long may it continue.
Sláinte! 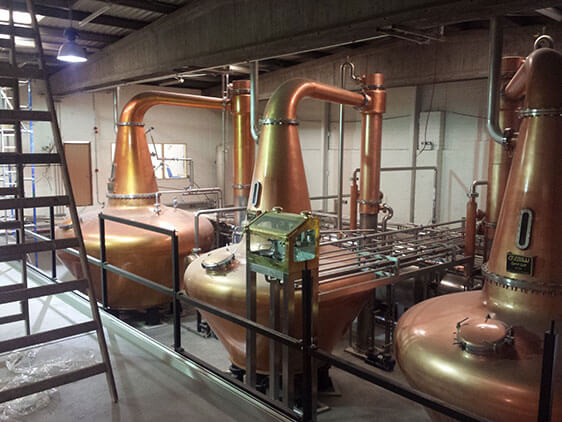