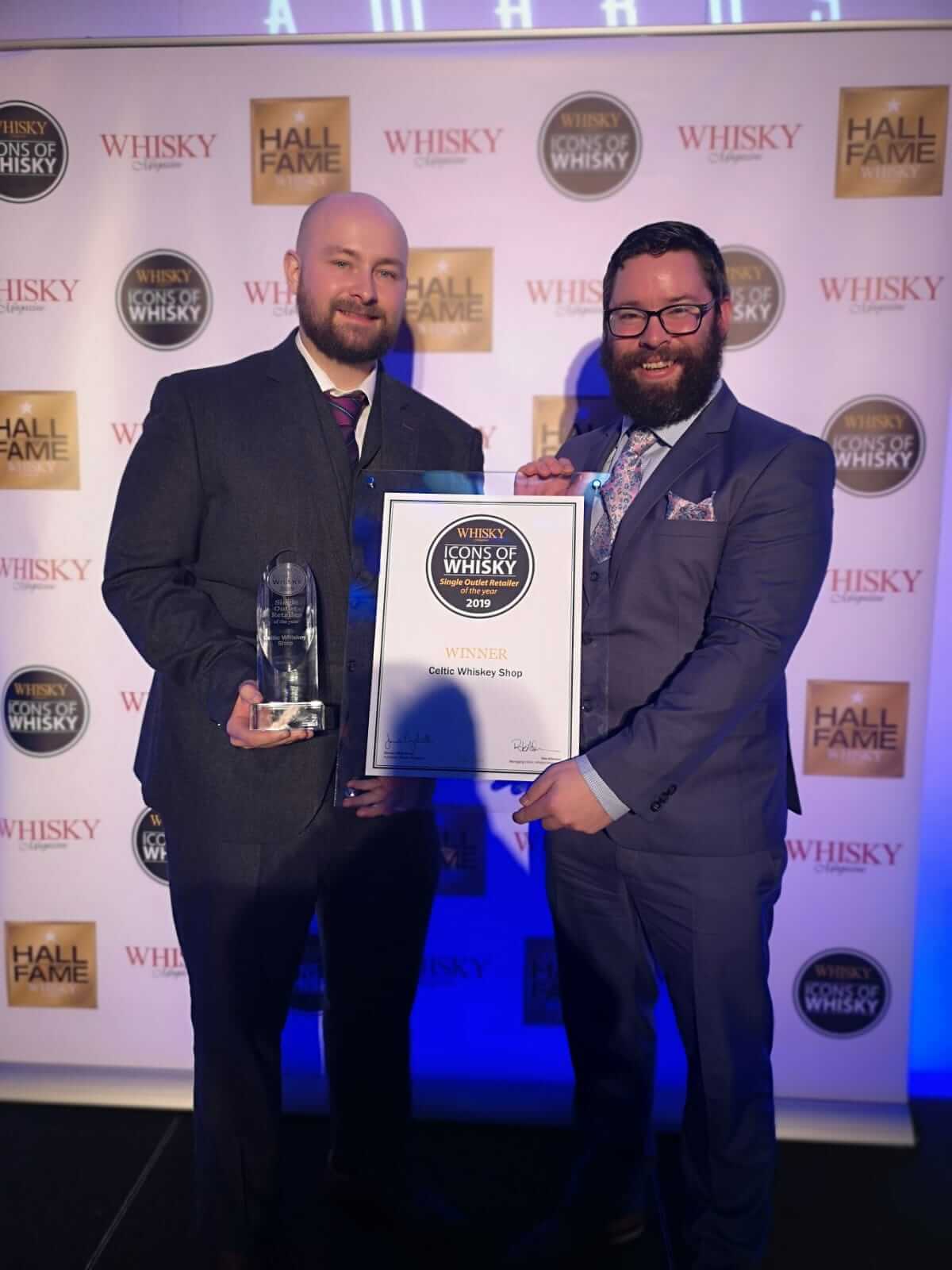 LONDON, MARCH 28TH 2019 At an award ceremony in London's Honourable Artillery Company on Thursday, Celtic Whiskey Shop won World's Best Single Outlet Retailer. The Icons of Whisky Awards hosted by Whisky Magazine are one of the most prestigious and world-renowned award ceremonies in the industry.

Celtic Whiskey Shop was one of three finalists in the category, surpassing competitors in Scotland and the rest of the world, to win the overall title.

In recent years, Irish whiskey has undergone a tremendous revival with 24 distilleries on the island compared to only three distilleries ten years ago. Thursday night's awards were a great testament to the quality of Irish whiskey with Dunville's Three Crowns Peated Whiskey and Temple Bar 14 Year Old Whiskey winning awards as well as the Teeling 24 Year Old winning the most coveted prize of the night - World's Best Single Malt.

Celtic Whiskey Shop owner Ally Alpine said "The Icons of Whisky & World Whiskies Awards recognizes the very best in the industry and we are honoured to win such a high accolade alongside The Teeling Whiskey Company who won World's Best Single Malt for their Teeling 24 Year Old".