It is no secret that there has been a paradigm shift in Irish brewing over the last few years. An underground brewing scene and a change in taste towards highly hopped and more interesting styles has led to an explosion of newly founded breweries with some great tasting ales and lagers. It is clear that Ireland has always had a talent for brewing but it is only now that we can really claim to be producing world class craft beers. Has the scene reached saturation point? Probably not yet, but it does seem as if a new brewery opens every month. For time being let’s enjoy the party.

But wait, it’s not a party for everyone. The large breweries who have enjoyed decades of a near monopoly are starting to take notice. Whilst the numbers are still stacked in their favour there are definitely some worries ahead for them. They really started to take notice when the craft beer movement gave rise to a new phenomenon: the pub that only serves craft brews. To make matters worse the competition in the over-saturated mainstream lager game is also becoming more competitive. Molson (Canadian lager brewed in the UK) are wanting a crack of the whip and C&C (Bulmers) are getting a little crafty with their new lager, Clonmel 1650.

Lagers are still big business and for many craft brewers the only option is to ignore them. The market is simply too saturated and competitive. Best to leave it to the big brewers and let them fight it out amongst themselves. An interesting aside is to note ratebeer.com’s list of best and worst beers in the world. This consumer led site aggregates scores from thousands of beer drinkers around the world and can be a great source of knowledge. The two lists are interesting on many counts. First of all the top list is dominated by three styles: imperial stouts, imperial IPAs and Belgian style ales. Whilst the worst beer list is almost entirely made up of pale lagers. The second interesting point is that the worst beer list bears a close resemblance to the top selling beers in America! What that means is that most drinkers, in America at least, do not really drink beer for its flavour. Or maybe to be more accurate they do not know any better because they have never ventured beyond what they consider to be the norm. This presents an interesting challenge to craft brewers for whom there may be a glass ceiling of potential customers. The biggest hurdle for them may be weaning drinkers away from what they normally order in a bar.

No doubt there will be some winners and losers when it comes to the macro-brewed lagers, but what about mass produced ales? Well, Heineken have been making a ‘crafty’ pale ale since last year. To my knowledge it was first served up at the Electric Picnic and was originally named Rising Road. It has since been re-named ‘Cute Hoor’. The design and presentation is aimed squarely at the craft ale drinker but it falls a little short in the flavour department. 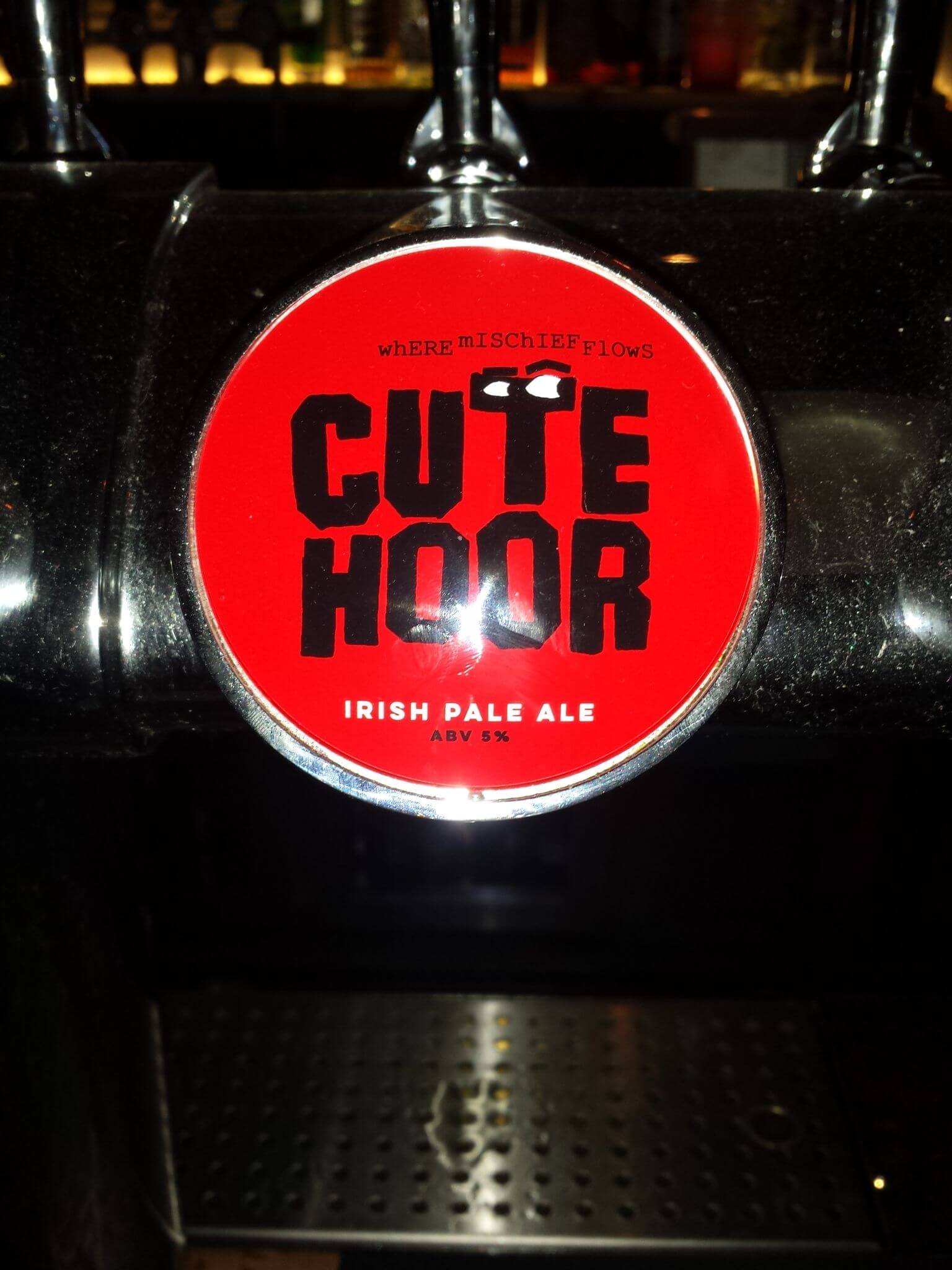 Diageo have been fighting back on two fronts. The Smithwicks range has been expanded to include their Pale Ale and also a new Blonde Ale. I actually quite like the Pale Ale, although it pales in comparison (sorry) to the beer that appears to have inspired it- Galway Hooker. They have also been experimenting with small scale beers in their Brewers Project. On paper this is quite an exciting project, you build a small scale brewery in St James’s Gate, employ a few young and eager brewers and serve up some different brews. The first were two stouts inspired by some ancient recipes found in the company’s archive. These should have been the type of ales that would appeal to the typical craft beer drinker. Unfortunately they were not made entirely according to the old recipes and were toned down just a little too much. Now they have brought out a lager (hurray!), which is not exactly ground-breaking. This has just been joined by Guinness Golden Ale, an amber beer made with Slovenian hops. In fairness to them they do seem to have the ambition of bridging the gap between mass-market beers and smaller craft beers.

You would be perfectly right to say that everything so far is just fair old competition with the established brewers adapting to change, but there are darker forces at work. One Temple Bar establishment was recently offered €200,000 by a large brewer to exclusively stock their beers. Kick-backs and incentives used to be common place during the Celtic Tiger era but even by those standards this seems excessive. In contrast most of the newer craft brewers operate in an atmosphere of glasnost and cooperation. They are more than happy to share bar space with their brethren. Established breweries will even offer up their brew houses for use by new craft brewers who have yet to buy any equipment.

Most independent craft brewers are happy to play along with the David vs Goliath image whilst others have been made an 'offer you cannot refuse' by bigger corporations. Fraciscan Well in Cork are now owned by Molson-Coors and have been able to finance a significant expansion in production. So far this has worked out well for both partners and has meant that Franciscan Well have been able to access markets that they would never have been able to sell to. Taking over a small brewery is more commonplace in America where Anheuser-Busch et al have been keen to grab a piece of the bouyant craft beer scene.

Molson-Coors entered the competitive macro lager business with zero market share and their way of gaining a percentage was simple. Offer publicans a 30% discount on their full Sky TV subscription in exchange for stocking their portfolio. Interestingly C&C’s own promotional campaigns have been quick to point out that Molson and Coors are less Irish than their Clonmel 1650. Yet they import a new Belgian lager called Heverlee and Scotland’s famous Tennent’s Lager!

Whatever about all the mud-slinging and over the top incentives the small brewers are here to stay and thankfully the landscape has changed for good. The only thing left for the macro brewing conglomerates to do might be to ridicule craft beer drinkers themselves. That is exactly what InBev owned Budweiser appeared to do on their recent Super Bowl ad.